Getting Ready for Mother's Day

I updated my blog today for Mother's Day. The photo's are of my Mom and the photo with the car is her and her older brother's. Mom was the baby of her family with 5 older brother's.

I have recieved several emails with questions regarding Desktop Nexus. I contacted a friend that is more involved with DN than I am to try to find out the problem. This is what I "think" happened. Their server crashed so they are moving everything to a larger server. They have been posting on their site it will be 24 to 48 hours! BUT it has been saying that for 3 weeks, so I have no answers for anyone on that regard. When they do get back up for sumbissions, it will probably crash again because everyone has a lot of wallpapers to submit. I haven't been submitting any themes that have wallpapers to match for several weeks now. I think I have submitted about 5 that do have wallpapers and will submit those as soon as I can.

I don't have time to write anymore today but I want to get back soon and tell you a little bit about my Mom and what a wonderful woman she was.

Ode to Mother by MaDonna
https://addons.mozilla.org/en-US/firefox/addon/ode-to-mother-by-madonna/

The photo's in the theme are NOT my mom. I made these from old pictures I found on line.
Will be back soon.
Have a great day! Spring Afternoon in the Northwest 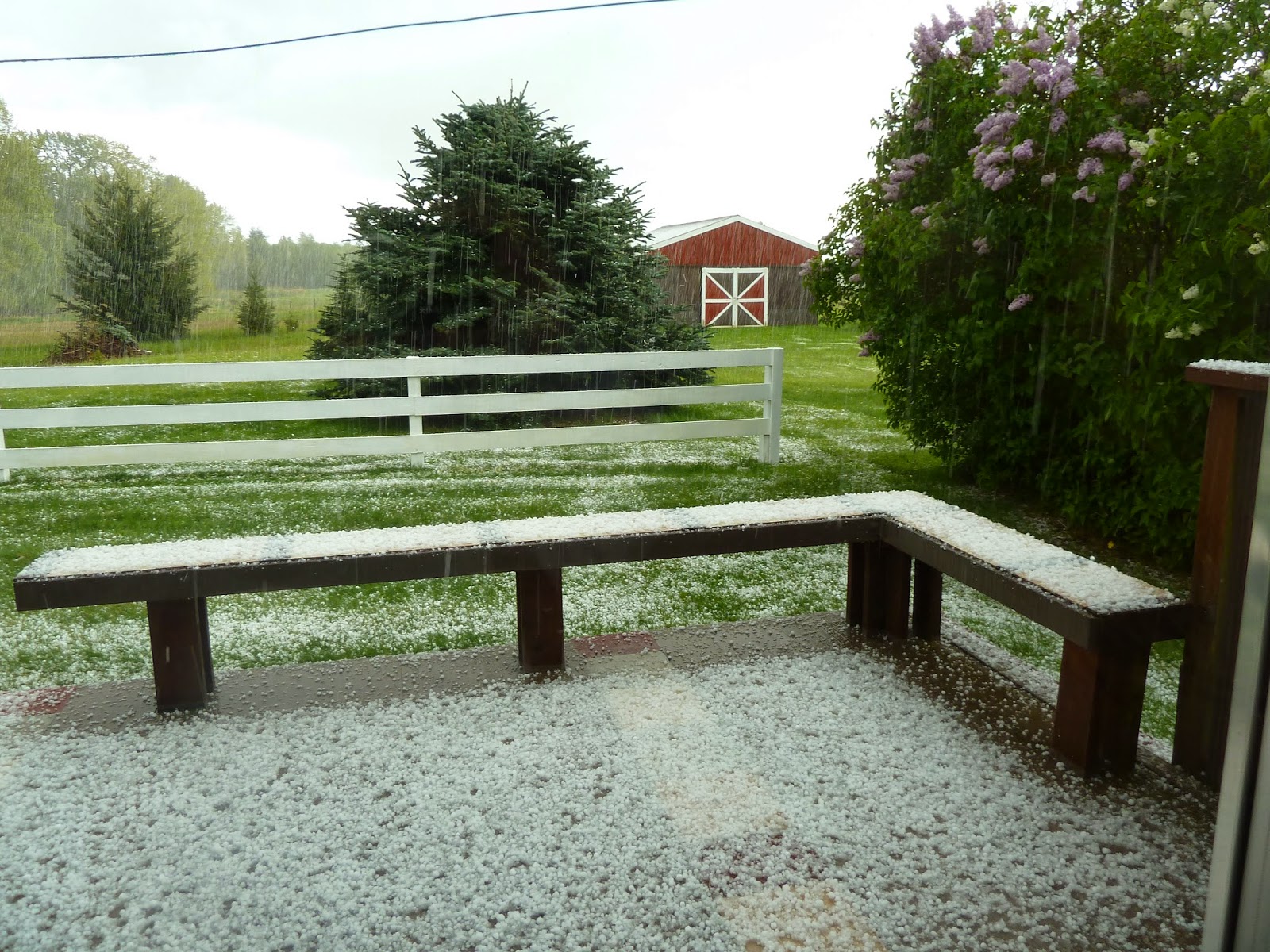 Just had to post this photo I took out of our living room window yesterday afternoon. The thunder roared and the hail flowed! The lilac trees aren't very pretty today, but the hail is gone.

We harvested our rhubarb this week for the winery so don't have too much left in the field. We had given some rhubarb to our grandaughter and she made a couple new recipes so I had her send me her coffee cake recipe. I made it this afternoon. My goodness, I had every mixing bowl, mixer, food processor, etc. out to make it. It better be good after all this work...and then the clean up! I even had rhubarb on the floor!

Desktop Nexus is still down. Can't believe they can't get it up and running. They aren't accepting submissions at this time. So I haven't been submitting many themes that I have wallpapers for.

Back to work! Have a great week end.

Frogs Love Spring by MaDonna
https://addons.mozilla.org/en-US/firefox/addon/frogs-love-spring-by-madonna/
Posted by MaDonna at 2:32 PM No comments:

Once in a Blue Moon
https://addons.mozilla.org/en-US/firefox/addon/once-in-a-blue-moon-by-madonna/

What a beautiful day we are having! The weekend was really nice, too. We were very busy but that is good.  My husband helped our oldest son work on his truck. So there was 3 generations working on the truck all afternoon.  Then on Sunday we went to their house to have their "Easter" dinner. Too many places to go on the real Easter so they decided to have it later. That way the little ones got several Easter egg hunts! Which they enjoyed so much. It is fun to see them get so exicted. And our son and daughter in law did a great job of hiding them. I wonder if some are still out there!

I have been listening to my music and that always cheers me up. I usually listen to my favorite radio station which is kind of political and sometimes that gets a bit heavy! We are going to be inundated with politics for the next year and a half. I hope it doesn't get down low and dirty, but it will. You can see it happening already. I just wish money didn't have any influence in politics but it does. And dirty tricks seem to work, but it wouldn't work if people would stay tuned to what the actual facts are. I don't want to get political so will stop on that note!

The theme I featured today is one that didn't get featured on Mozilla but apparently people really liked it as it is getting used a lot. I have made quite a few "moon" designs and am using my purple one right now. "Night of the Purple Moon"

If you have read my blog at all you know how much I love Sons of Anarchy. Well, we finished watching the final season over the week end. Wow, what an ending? I had to get on Amazon this morning and download the music they played for the last scene. It was totally perfect for the scene.

I had the nicest, longest email from a woman on the east coast this morning and it made me feel like my work on themes is actually making people feel good! If she reads this blog, I thank her for the wonderful email. It made me proud.

Desktop Nexus is still down. I think this is going on 3 weeks now I haven't been able to submit any wallpapers.  So I am just submitting themes that I didn't make wallpapers for.

I have been working on my blog picture for Mother's Day and am using my beautiful mother as the theme.

Time to go fix some lunch for my hard working husband. I wish he didn't work so hard because his blood pressure is up again and he gets frustrated that the pills aren't helping. I just worry!  And worry some more! 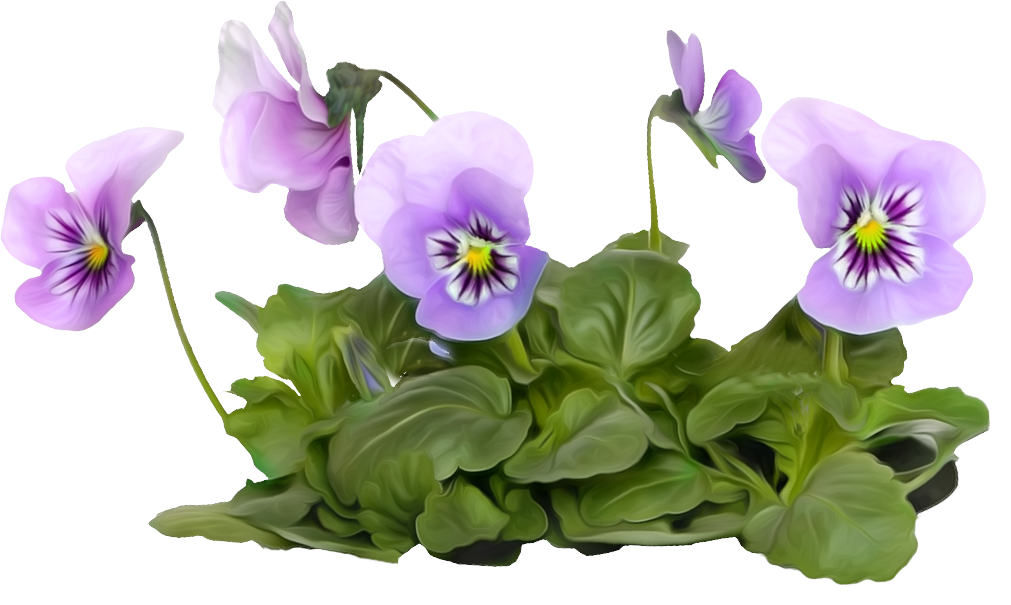 The sun is shining, the birds are singing and the lilacs are almost in full bloom. It is a month early for the lilacs. I believe in global warming!

We had a really busy Saturday. Had to go in and do our shopping and it poured rain! I had to roll the bottom of my jeans  up because they were dragging in the puddles! Looked really cool!!

Then in the afternoon we went to our daughter's house. Her daughter was up visiting and it was so good to see her. We had taco's and talked and laughed and laughed together. I feel so lucky to have at least one daugher, one grandaughter and one great grandaughter. Girls in my husband's family are few and far between.

Yesterday we had Doctor's appointments and that is always fun! We are both pretty darn healthy. So the Doctor says! Did some shopping afterwards.

Been catching up on work today. Already working on Mothers Day for the blog. Doubt if I make too many Mother's Day themes, though.

Gotta start dinner so will sign off for now. Have a good evening and I will get back soon.

Posted by MaDonna at 3:36 PM No comments:

Desktop Nexus has been "broken" for 3 days now, so I haven't been able to post any wallpapers. I hope it is up and running soon.

Hope everyone had a nice Easter. It was our 58th wedding anniversary, too. We don't celebrate our anniversary's with any big horrah anymore. We did have ice cream after we did our shopping on Sat. I know that sounds strange, but we are just thankful we are well and together. Every day is a celebration!

Saturday we got to see our oldest great grandson play lacrosse and that was so much fun. He is really a good player. I have never watched lacrosse before last year when we watched him play. But he is a year older and really into the game. He played goalie the last half and stopped 8 goals, So we were pretty proud great grandparents.

I was busy last week working on more designs, which I don't need to do but....

I love reading the reivews you guys give me and I try to answer all of them. I know it has to take you extra time to do so, but I really do appreciate it.

I have been worried about my husband this past week. I can tell he isn't feeling as well as he usually does. But he never says anything, even when I ask. I know he is in constant pain from his back, but he is such a strong person he works every day. He has been really busy this past month getting people's cars working for them. I have mentioned before he repairs cars for people that can't afford to get them fixed. And there are always older cars that need repairs!

I am going to get busy and make a bread pudding now, so will sign off for today. Have a great week!

Smelling Spring Poppies
https://addons.mozilla.org/en-US/firefox/addon/smelling-spring-poppies/
Posted by MaDonna at 11:33 AM 4 comments: