Rainbow Bears
http://www.getpersonas.com/en-US/persona/356898
What a difference? Last week I was working on winter and snow designs and now I am working on Valentines Day, Easter and spring! I have quite a few Valentines Persona designs on already and an iGoogle theme called Spring Bunnies. I was pleased with both of them. I have noticed that when I submit a particularly good iGoogle theme, sometimes it is on line the next day. Spring Bunnies was one of those.

Spring Bunnies
http://www.getpersonas.com/en-US/persona/356168
The graphic above is the iGoogle Theme but the Persona matches it. I have been working on wallpapers to match a lot of my designs this week. It is really quite nice not having to review, as I spent hours a day doing that. I think I put in my time making the Persona project successful. I have reviewed for almost 2 years and it may even be longer than that. So this week has just been a fun week doing what I want when I want.
Working on spring designs when it is cold and rainy out puts me in a warmer mood anyway.
I don't really have much to talk about today, but thought I better check in and post what I am up to anyway. I hope you all have a great week end and the weather is warm where you are. Till next time! 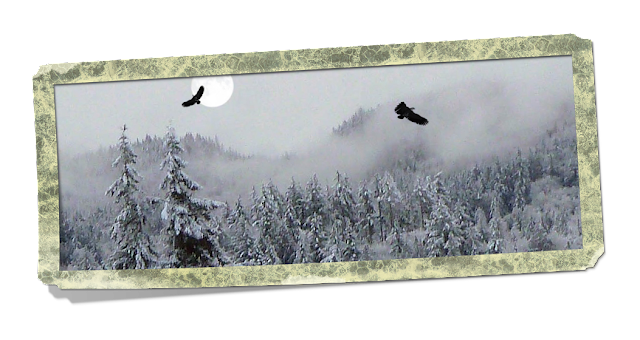 http://www.getpersonas.com/en-US/persona/353852
Happy New Year to you all. We had a snow storm over the week end and I finally got some good snow shots. Plus we got to meet our newest great grandson on the same day. What a wonderful feeling to hold that precious small being in your arms! And what a precious being he is.
I have been busy working on Valentines Day and Easter Personas and several are on line right now and more soon. I am currently not a reviewer for Personas so the queue is getting longer and longer. I spent hours a day reviewing designs to help the Mozilla team out, but the head of the Persona department and I had a misunderstanding. (If that is what you want to call it!)
I will not go into details and apparently what I did was not correct, but I thought it was, so....that is that. And to be perfectly honest I am enjoying the extra time. And I  don't get upset when I see designs that came in and did not meet the standards I thought Personas should have, but they had to be approved because they met the guidelines.
Back to our snow...it was so beautiful while it lasted but it didn't last long.  I got several good photos that I will share. The one above is of Chuckanut Ridge . (I added the frame for the blog!) The foggy mist was hiding behind and between the ridges of the mountain. The snow looked like frosting on the trees. I have submitted several Persona designs using some of these shots but like I said the queue is very long so will be a while before they are approved. (It is on line now and the link is above.) When it is on line I will come back and let you know where you can find it. The wallpaper is available at the link above. I just checked and the iGoogle theme is available also and called Chuckanut Ridge by MaDonna.
Magda, I hope the flooding in your country of Australia is not affecting you and I was very pleased I gave you the inspiration to start a blog. Isn't it wonderful we are never too old to learn new things?
Until next time, have a good week end all.
Posted by MaDonna at 11:09 AM No comments: