Well, today is my 73rd birthday and I must admit I felt like it when I got up this morning, but much better now. I decided today would be a good day to do an update on the blog, so here I am! I haven't made many St. Patricks Day themes or Personas this year...so better get going on it. I don't have a lot of graphics for it so won't get too far. I like the one above called Irish Fairy.

One of my grandsons works with Photoshop and we were able to get together and he showed me some things and I showed him some and shared all of my brushes with him. He actually gave me the courage to try some new things and it has been amazing for me. I usually just stuck with what I knew and once in awhile I would do something amazing but not know how I did it! So now I am writing things down. If you have ever worked with Photoshop you know it is a very intense program with many, many, many features. I have wondered many times how designers get a certain look when I know it is not "real". So now I am able to do some clipping, (thanks, Steven) and smuding. It has made designing more fun with a better final project.

I have found out that Mozilla may change the names of the Personas and call them themes or skins or something else. I put my 2 cents in and hope they don't. I don't know if I would have to change my blog name or just keep it the same. In my mind they will always be Personas so I doubt if I change it.

I am in another contest on Brand Thunder right now, too. Making Celebrity Themes. I am not into celebrities that much so have had to kind of ask around about who they thought would be good candidates for me to work on. Of course I had a few ideas and have done those and Steven (grandson) suggested Eminem. I knew who he was but not much so had to do a Wikipedia search. As I have said before in my blog I love watching the PBR, Professional Bull Riding so made one of my favorite rider, JB Mauney. There is no voting in this contest and I am glad of that because I don't have enough publicity to get anyone to vote except family members and some fans.  I know I should do Facebook but I can't even keep my blog up very good so doubt if I would do Facebook very much. I must be about the only person in the world that doesn't though!

Well, I hope everyone has a good day and march into March.

The Heart Demands
https://www.getpersonas.com/en-US/persona/455177
Well, we are into the 2nd month of 2012. It is really hard to believe this year is going as fast as last year.
I was going to stop making Valentine designs but I didn't as you can tell. I still have more graphics I want to use but if you don't get your holiday designs on early they really don't get used as much. The one above is a very simple design but i like it and others are beginning to like it also. 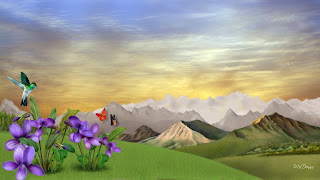 I discovered something new this past week. I wanted a wallpaper on my cell phone that was one of my designs so I tried taking a photo of the wallpaper on my monitor and using it as my cell phone wallpaper. And it worked! The design I used was: Sunset Beginning:  http://nature.desktopnexus.com/wallpaper/955080  and it looks great. I used more of the corner with the flower, butterflies and humming bird. If you try it, let me know how it works for you. I did have to move my on screen icons because I didn't want them showing but I try to keep my screen uncluttered if possible so don't have tons of them to move.
Don't have much to report but did want to check in and let you all know I am still here. I wish I could quit working so hard but I have all these ideas and they need to be put to use.
Have a great Valentines Day and Happy Birthday to my baby sister. I love you and miss seeing you.
Posted by MaDonna at 12:09 PM 2 comments:

I now use Photoshop Elements to make my designs. It is a very complicated program to use, especially at my age of 82.