Two more days and September will be over. Wow, is all I can say! We had a fairly nice September but not as good as last year's as far as weather goes.
Did you watch the first Presidential Debate? Sounds like at least 84 million people did. I have to admit I really enjoyed it. And am looking forward to the next one.
Our old TV started acting up again last week. It didn't want to come on and the red light for the lamp kept coming on. Sometimes it took me a half hour to get it up and running, so we finally decided we were going to have to finally break down and buy a new one so we went to Costco (only place we will purchase electronic items) and couldn't find a parking place so we came home and I ordered it on line. When I told my husband we weren't going to get it for 10 days, he said to go ahead and buy the replacement lamp. We had to replace it several years ago. It was $248 from Sony and Amazon had it for $34. So I ordered it again and it was only $22.00  this time! We got it in 2 days, had the lamp in in 10 minutes and we had TV! We couldn't believe how bright it was. We knew it was getting darker and darker but when it happens so gradually you don't realize how bad it really is!
Then we had to go to the Comcast store and get a box! It is totally ridiculous that you can't just plug the cable into the TV and get a picture. Our old TV had a cable card and it was a one time charge of $15 and that was it. The man at Comcast said we wouldn't have to pay extra each month for the box, BUT we shall see. We told him we weren't going to have a new tv set for awhile as we hadn't even looked yet. No problem, he said, "When you hook it up, call this number and they will activate it." But when we turned the old set on that night, it said we weren't authorized! He had unauthorized the cable card, so I had to call and get it reactivated. So I am wondering about that monthly fee.

The new TV is out for delivery right now but I don't think it will get here so I will have enough time to get everything set up. So I have that to look forward to tomorrow.

Then our hot water heater started acting up. Actually it has been for awhile but my husband always fixes everything and for the last 6 months I have complained every once in awhile because the water wasn't hot enough when I washed my hair, etc. It is strange because sometimes it is nice and hot and then if I don't use a lot of water that day, it won't stay hot. So, he finally called the people who installed it and they are supposed to come out and look at it. If we have to replace it I think we will go back to electric because we can install that, plus they are much cheaper than the propane.

They say everything happens in threes so I wonder what will break next!

I have been working on some Halloween themes and they are so much fun to make. It seems a long time before Halloween but a lot of people collect a file of their favorite holiday designs so I don't want to put them all on at one time. I try to gradually submit them.

Our 3 year old great grandson is staying with us this Sat. night. He has never stayed overnight but I am sure he will be find. He is such a fun little guy and we enjoy him so much. Makes you feel happy to be around a 3 year old.

Well I better get back to work. Everyone have a great week end and Go Hawks! 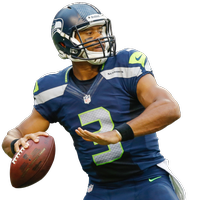 I am just hoping that Wilson's knee and ankle hold up!

September is here so I guess we all have to hunker down and get ready for winter. I put the fall door decoration on the back door this morning. And got out a fall arrangement for the dining room table. I guess I might as well brighten things up even if I can't brighten up my mindset. My husband took a great grandson grouse hunting this morning. He was afraid he wouldn't get to go out with great grandpa this year because school was starting, but he doesn't have to start until the day after Labor Day. He spent the night so they could get an early start. I feel so thankful that we get to spend time with our great grandkids.

I spent yesterday pickling with our daughter and granddaughter. We spent as much time laughing as we did making pickles. Got 80 pounds of cucumbers processed. And one bottle of wine gone!  Last year was the first year my granddaughter did pickles so I gave her the old family recipe. My Grandma Joe's dill pickle recipe..the recipe my grandmother, my Mom and myself used for years. The recipe has to be over 100 years old but that was the dill pickle that all of her friends liked best. She made several different recipes, marked them and blind tested. So I guess my Grandma Joe knew what she was doing. She didn't have a lot of recipes. She just did it! Her buttermilk biscuits couldn't be beat and she made them every morning, without a recipe. She would add stuff till the texture was right and rolled them out on the kitchen table to cut out. They were so good...with fresh honey. She had another recipe in her head that we tried to get her to write down...it was something our family called Hot Stuff! It was shredded cabbage and some kinds of hot chili peppers, etc. that she canned every year. It was a family favorite but not one of us could manage to copy it so Hot Stuff died when Grandma did. We all tried!

I just read a series of books I enjoyed very much. They were The Laramie Series by Karen J Hasley. They were so good. You can read them book by book but it is better if you start with Lily's Sister and read them in order. I am hoping there will be a 7th. I get all of my books from Amazon so I can read them on my tablet. And I get a lot/most of them free. I subscribed to Book Bub and they send you a list of books in categories you choose that are free or lower priced. I think I managed to get every one of them free over time. I just save it on the Amazon Cloud until I get the entire series. The author manages to bring members from prior books in the series to be the main character in the new one, so it is mainly all about a family. The first one starts right after the Civil War and the last one was early 1900's.

Well, I should get back to work. I hope you all have a wonderful Labor Day. And thanks for taking the time to read my silly blog.