Bright Fireworks in the Sky
https://addons.mozilla.org/en-US/firefox/addon/bright-fireworks-in-the-sky/
Today is the last day of June and it is hard to believe. 2016 is half over. We have had some really hard things we have had to digest this year and I am wondering how the last half will be. I just wish people could get along and not try to push their beliefs onto others. I was listening to a talk show this morning and they were talking about the Boston Tea Party and it made me proud to be an American. We do stand up for our rights, no matter how hard people try to change those rights and take them away from us. We have a right to vote, to be in charge of our bodies, our properties and our lives.

We are going to be inundated for the next 4 months with radio,TV, and internet garbage from all sides. I can only hope people will actually take a look at what people say they will do and what they can do. Our Independence depends on this.

We haven't made any plans for the 4th of July itself because the weather is "iffy"! I don't want to plan on a picnic type day if it is going to be cold and rainy. They have a hard time of forecasting our weather up here in the northwest corner of the US. This week was supposed to be nice and warm. It has been sunny but not warm. Our oldest son and his wife are camped at a beach resort and we are going up there on Saturday so I am hoping it will be warm and not a cold breeze off the bay. Our daughter is coming on the 4th so I guess I shouldn't say we don't have any plans, should I? It won't be the 4th of July if we can't roast hot dogs, though.

I am going to sign off for today. I hope you all have a wonderful weekend and if you are an American, HAPPY 4TH OF JULY!

Posted by MaDonna at 1:24 PM No comments:

Yes, that is my Dad in the top of my blog this month. He was pretty darn good looking, wasn't he? Last month I wrote a little about him. He has been gone for 17 years but it doesn't seem that long ago, really. He didn't enjoy the latter part of his life at all. He couldn't do anything he really wanted to because of health issues. He started smoking when he was like 15 or so. He did quit in the latter part of his life but I know he was sneaking a few cigars at the end. And I don't blame him for that. Live a little and enjoy. He had bacon and eggs for breakfast every morning for his breakfast, too. So he had heart problems that led to his not being able to walk very much, etc. Then he had lung cancer from all that smoking. He ended his life on his own, in his own way. And I have never blamed him for that. I would have done the same thing. If you can't enjoy life, why take up space?

My Dad was stubborn & hard headed. I take after my Dad which I wish I didn't in this case. My dear husband is always telling me, "You're just like your Dad."

My Dad didn't like a lot of social life and I take after him in that way, too. Mom loved being around a lot of people and was very social. I wish I were. And that makes it hard for me at times. I am not good at going up to a stranger and starting a conversation. I just can't do it.

Dad taught me to stick up for myself. He always said "If you don't stick up for yourself, no one else will." And how true that is.

I was a tomboy. I hayed with my Dad because I was a strong farm girl. I remember him bragging about how good I did on the hay wagon piling the hay bales. After I got married I went deer hunting several times with my husband and Dad. I thought that was pretty cool. I rode dirt bikes with my Dad and family. I rode street bikes with my Dad. I know how hard it was for him when he had to quit riding. Boy, do I know! It was so hard for me to hang up my helmet. I rode the through the summer I was 71 and it took me 3 years before I could sell my bike!

I hope that you can be with your Father this next Sunday, but if you can't, call him or write to him, let him know you love him. If your Father is gone, like mine is...think about him. Life is so short and goes by so quickly. 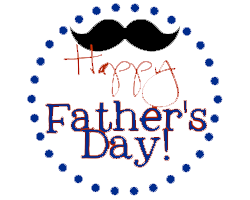 Posted by MaDonna at 1:07 PM No comments:

Well, we pretty much know who will be the presidential candidates this fall.

When I was a little girl no one could ever imagine that a woman could actually run for president, no less be the President of the United States! That could actually happen in our country now. It is a good time to be an American woman.To think that my great grand daughter could become the President is very exciting. We are a little slow at this happening, when you think that India's Indira Ghandi was Prime minister in 1984. Argentina, Iceland, Ireland, Mongolia, Germany and Bolivia are way ahead of us in having had women run their countries. Women are probably better at running a household than men, so why can't they be head of a country? I have heard some say, "They are too emotional." What is wrong with having emotions?

When I was a girl, I knew I would never go to college because we couldn't afford it and to be truthful I had no desire to go. All I really wanted to do was find someone to love and marry, have babies and be a housewife and mother. I think that was what ever girl I knew dreamed about. A few kind of wanted to be a teachers. There really wasn't a lot of things a girl graduating from high school had a choice to do. Before I met my husband, I kind of thought about going to beauty school because I loved to cut and style hair. (I started cutting my own hair when I was 14 and have done so ever since) When I was a freshman I considered joining the Waves, mainly because my uncle was in the Navy and I thought he was really cool. I sent off for information about joining even. But that was about it. And then I met the love of my life! So my dream came true.  I am very proud that the US now has a woman presidential candidate. Here is to woman power! 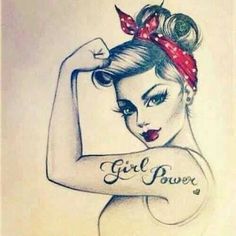 I now use Photoshop Elements to make my designs. It is a very complicated program to use, especially at my age of 82.