Fall is here for sure. Maybe not officially until Wed. but it is in the air.

Our oldest grandson's 35th birthday is today. I remember the day he was born so well. And it doesn't seem like it was 35 years ago. I had never thought I wanted to be a grandmother until the very day our oldest son and daughter in law told us they were pregnant. I was so excited and I think I started making flannel diapers the month after we knew. They didn't have those expensive throw-a-way diapers back then! These you had to make your own to get really good flannel diapers! I am so proud of the man he has become. His parents did a wonderful job of raising him. He is a good husband, father and provider. And what more can a grandmother ask for?

I have been working on Halloween wallpapers and themes since last week and have been having so much fun.  I can't say I am a big Halloween fan but I do love making the dark, Goth type wallpapers and themes. The wallpapers are more fun because you have so much more room to work on. If you have never made a theme you probably don't realize how hard it is to get any amount of graphics in such a small space. Some of my designs such as the one below:

take a long time to make because each pumpkin, leaf, grapes, etc. is put in  individually so there are many layers to get the final product. And when they are up on your screen they aren't very big! But they are fun.

Brand Thunder asked me to make a Minions New Tabs theme for Chrome and I sent them in a week or so ago but they aren't on line yet. I don't use Chrome so I don't know much about these themes but apparently each new tab you open has a different "picture" page. That is why I have to make 10 to 15 different "wallpapers" for each title.  So if anyone out there that reads my blog and use Chrome, let me know how you like them. It sounds very cool, but I am too old to change my browser. I love my Firefox and have such great and useful extensions for it that I won't change.

And now to football! My Seahawks have let me down the last few games. Yesterday's game was hard to watch. When they came in right after the half, they were on fire and then the fire slowly went out!

My brother and his wife are still working on a forest fire. Our local paper had an article in it yesterday about the farmers and the forest fires. They have lost so much.   Cattle, fences, hay crops. I wonder if some of them will be able to keep farming. One farmer had lost 40 miles of fence. The fire moved so quickly they couldn't get all of their cattle out so lost a lot of them that way and some that are still alive have burnt hooves. If they lose their hooves they have to be put down. They actually watched some of the cattle running through flames to try to get away from the fires.  On the east side of the mountains it is totally different weather than the west side. We have fires here, too, but the east side is so much hotter and dryer. Farmers have lost all of their field crops, too. So hay is going to be hard to come by for farmers on both sides of the mountains this year. That is one of the reasons I hate it so much that the 500 acre "farm" that is next to us is lying fallow so they can build houses on it. It is just wrong. They built a golf course on it already and that is a total waste of farmland! When they built it they said it would be a Scottish type course so it wouldn't need much water! Well, they water it every night in the summer so it is green! I guess they think no one will notice that the golf course is green and the grassland surrounding it is brown. They think people are dumb, I guess. And many people don't seem to care. As long as they can buy their fancy coffee on their way to work they are happy.  You can probably imagine I am not a golfer! I wouldn't set foot on a golf course because it is just a big waste of land! I have probably lost a few readers on that last statement, but I have very strong feelings about it.

I just set up the last half of our property taxes to be paid! Boy, that gets harder and harder every year. Once you are on a fixed income, all the bills get harder to pay. And the government has changed how they give you a cost of living raise. It used to be based on the actual cost of living but they wanted to give the seniors a little less money so they changed the formula. So if beef goes up,  they figure you won't eat beef you can switch to chicken...then if chicken goes up you can switch to something that costs less than chicken...rice perhaps! Boy, I could go on about that for another hour but I will stop!

When I started writing on this today I had no idea what to write about but once I start typing, the words keep coming. Kind of like making a theme, I guess. I usually don't know what it will be like till I get to working on one. And I have made so many it is really hard to think up titles for them.

Y'all have a super great week and enjoy the fall weather because it is just going to get colder and colder! 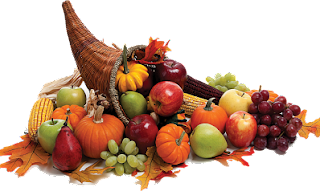